AAPL finished the week by plotting a weekly “filled” candle, which means that while it moved higher, it still closed the week at a lower price than where it opened. Though it may seem of little importance, a filled candlestick is an indication that selling pressure won the tug-o-war between the bulls and bears.  And after a big rally where the last 3 weekly candles all sported long upper wicks (another indication that buying pressure is waning), this is the exact kind of ‘warning-sign’ price action that often coincides with noteworthy swing highs.

Looking at the 60-minute, daily, and weekly charts of AAPL with the Super MACD and Super Stochastics applied, we can see that virtually every divergence signal in recent past has coincided with a swing high or low, regardless of the timeframe.  And while a valid and official signal has yet to trigger, it's worth noting that price is currently diverging from the Indicators since both the MACD and Stochastics values aren’t moving higher in agreement with price.

While the chart profile bearish as AAPL lingers near all-time highs, one thing is certain -- the risk: reward ratios are not favorable for bulls and that gap at 150 will eventually be filled, most likely sooner than later. 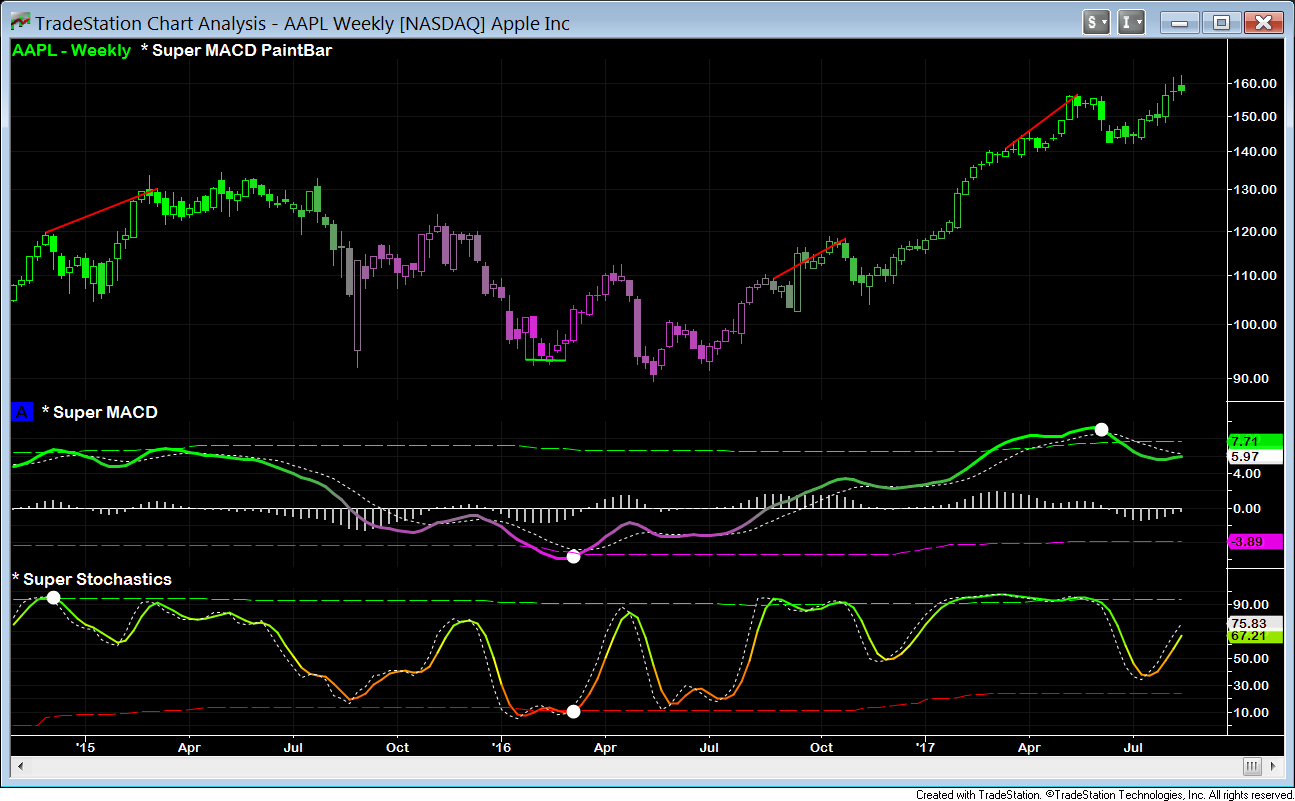 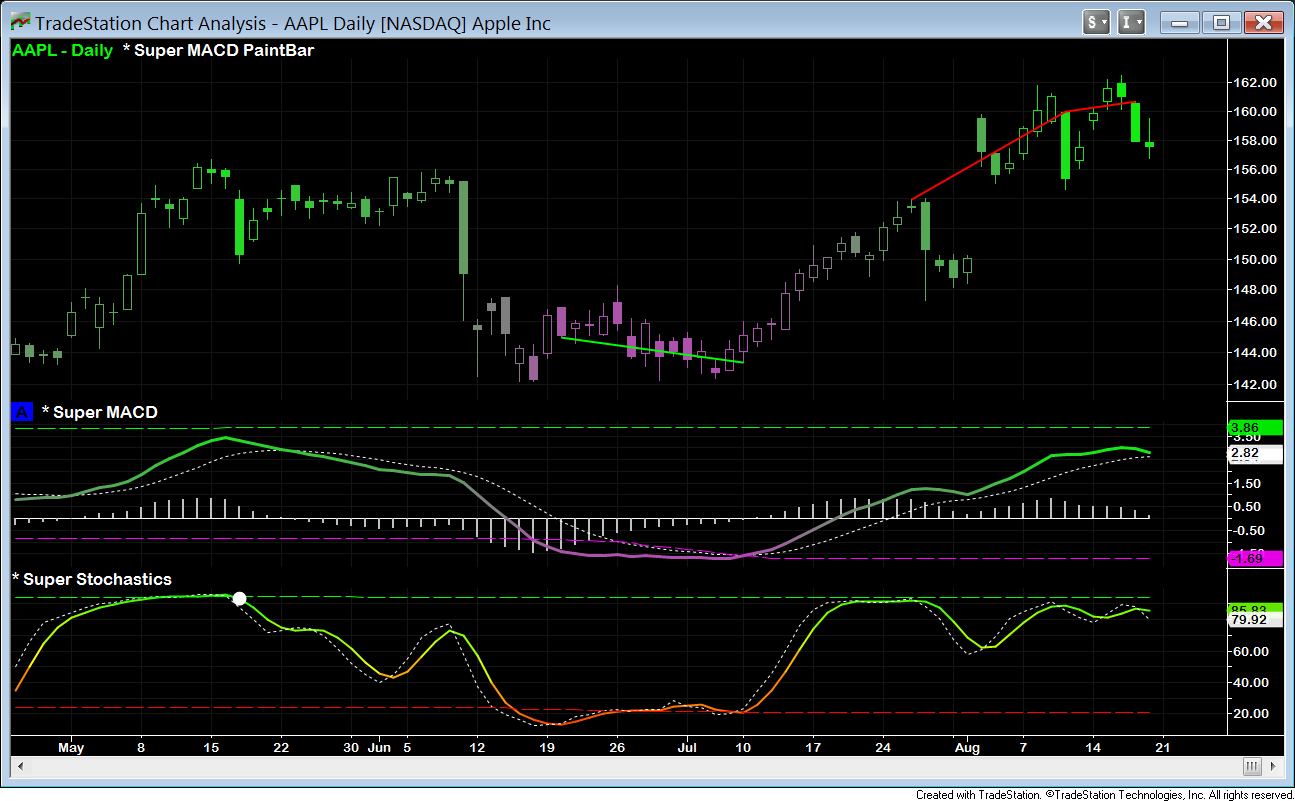 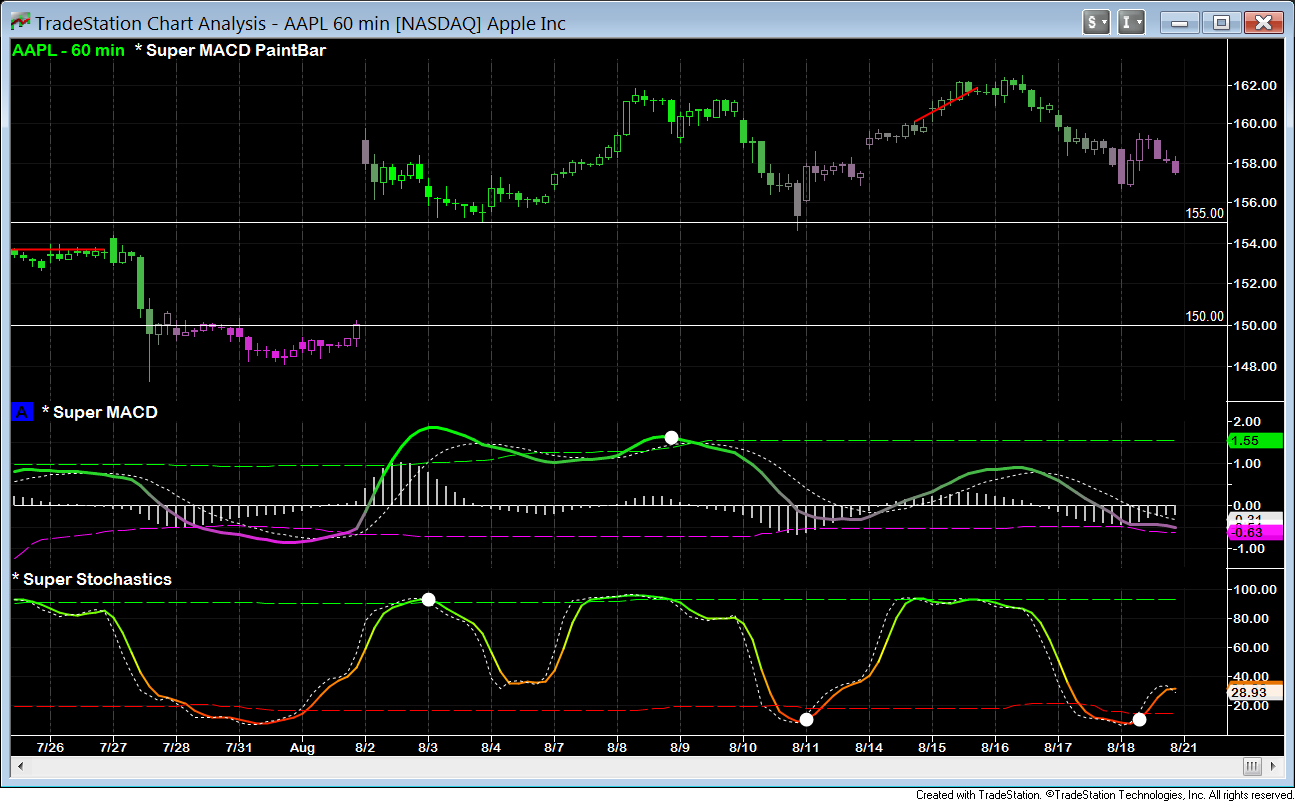