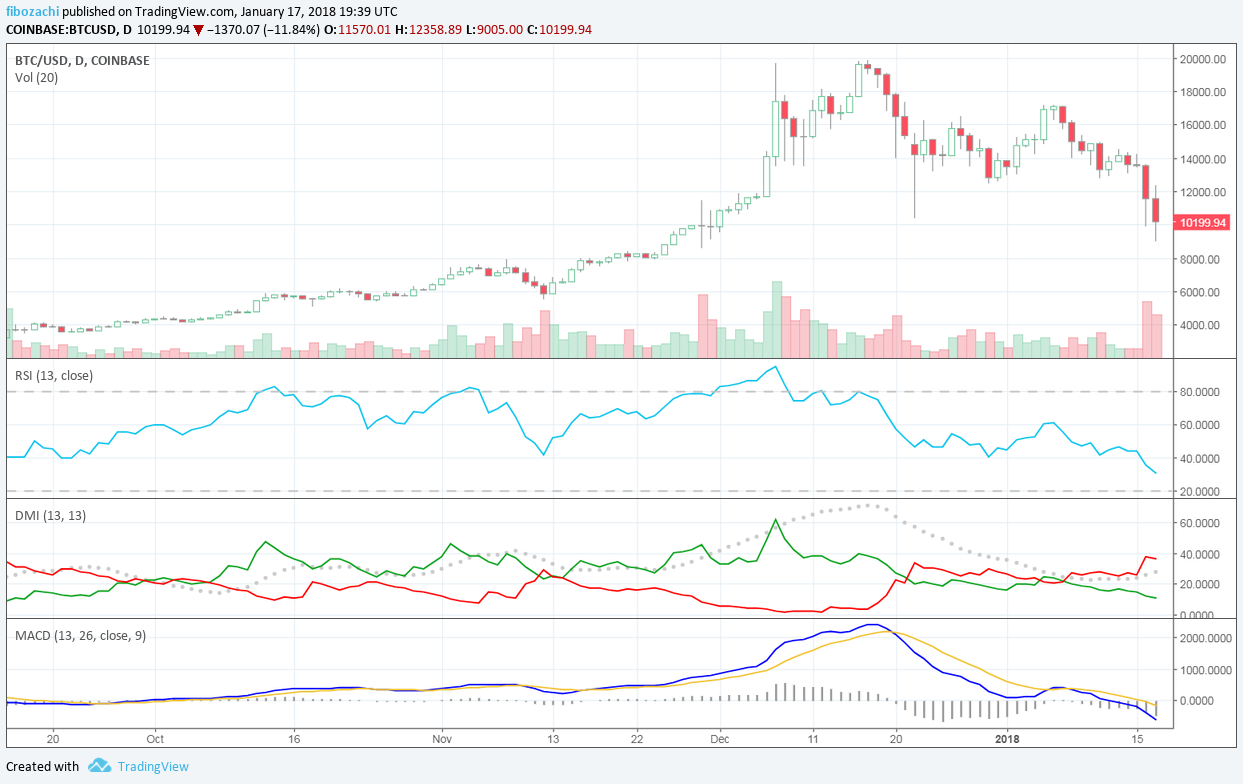 Price Action: The last two BTC sessions have registered the largest volume since 12/08/16. Yet a closer look at recent sessions that have closed down on significant volume reveals a recurring pattern – a long bottom wick that is indicative of intense buying pressure. Each session BTC drops, bulls have stepped in and triggered a late-session recovery to prevent it from closing at the lows of the day.

RSI: The RSI is at a current value of 30 and appears to be heading lower. We use OB/OS levels of 80/20 rather than the typical 70/30 because it is more effective at diagnosing tops and bottoms. The RSI may flirt with the "20" level over the coming week, which could coincide with a swing low – presenting a good opportunity for BTC bulls to get back into their longs.

DMI: After a bullish DMI crossover back on 10/07/16 that caught about $15,000 of upside movement, the DMI turned bearish at the end of December. BTC bulls ideally want to see price consolidate for the next week or two as a new base forms because this could level out the DMI and set up another bullish crossover that would provide a timely point of entry.

MACD: Over the past week, the MACD has dropped below 0 for the first time since BTC was sub $5000 back in September 2017. The previous two bearish crossovers of the MACD over its Signal Line has produced excellent points of entry, as did the bullish crossover back on 11/17/17. Just like the DMI forecast, BTC bulls ideally want to see price form a base so that the MACD has time to level out and set up another bullish crossover.

Short-Term Forecast: BTC is as volatile as ever, though bulls and bears will likely continue to play tug-o-war surrounding the $10,000 level over the next few sessions. It's possible that price may be ending a corrective wave 4(V) from the September lows or a larger degree wave IV from the absolute low -- either way, both Elliot Wave counts support an eventual move to new highs. Despite the wave counts, a surge to new highs is unlikely to occur in the short-term based on not only the technical profile, but also the psychology and fear that's been induced by the recent sell-off. For the first time, we are now seeing and hearing crypto disaster stories of people losing their life's savings – a stark contrast from the numerous stories of 20 year olds buying a dozen lamborghinis in every color of the visible spectrum. FOMO has been replaced by FOLSA (fear of losing savings accounts), which will make the rally to new highs more difficult for BTC bulls. 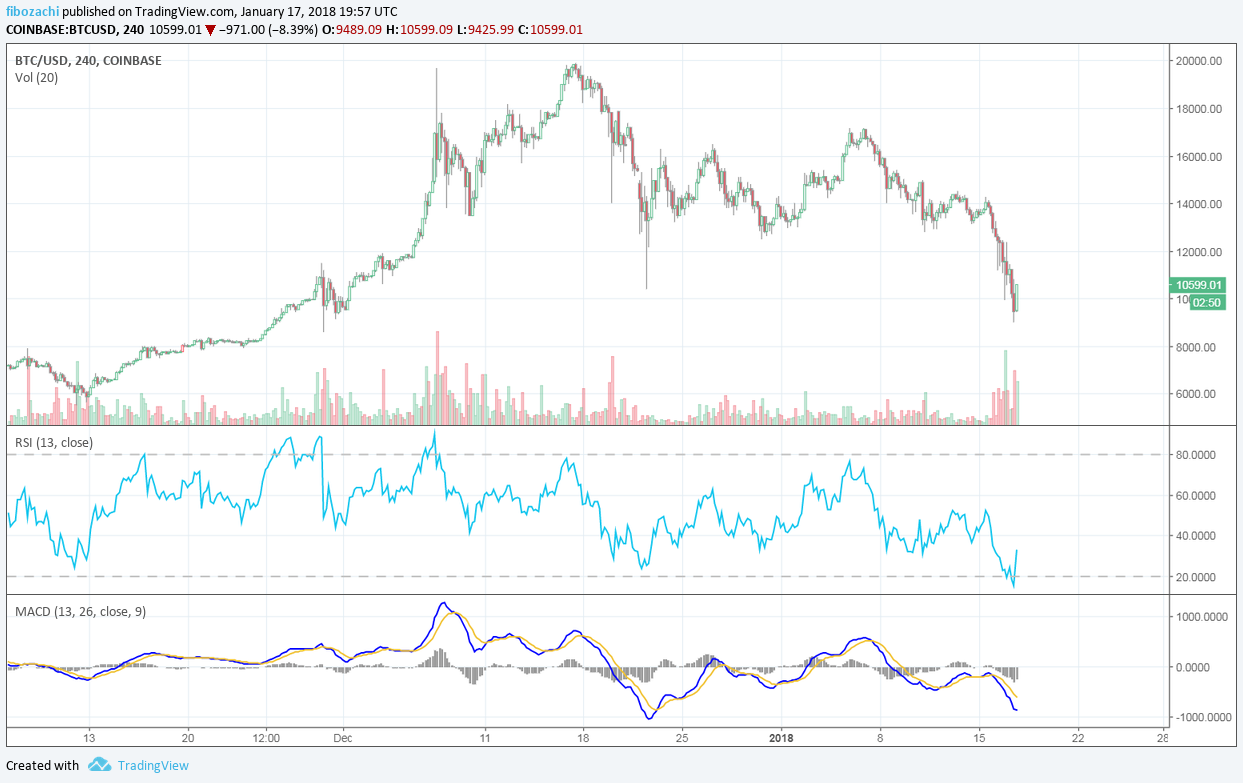 The technical profile of the 4 hour BTCUSD chart strongly suggests a bounce from current levels. Price will likely find support at the levels from late November 2017, which included a minor tug-o-war over the $10,000 level. This is a major psychological level and will continue to be so, just like $20,000.

More importantly, the RSI has dropped below 20 into OS territory and reversed for the first time since 9/13/17 when BTC was trading at just $3,000. After a 50%+ plunge from its peaks, an RSI reversal from OS territory is a very bullish indication that price may be primed for a recovery.