Awaiting any hint of guidance from Super Mario as to WTF the ECB’s ever-‘upcoming’ exit strategy may be ....

.... before hitting a wall in Berlin (or tearing down that wall to erect an even yuuger one) ...

... by the Bund-buy-button bludgeoning Bundesbank bumping up before the brink, of Barclay’s Bundes' Bund band ..

.. the Euro and US Dollar each sit on opposite sides of an FX see-saw.

What does that mean?

"What it [literally] means is that the ECB has to be very cautious with its exit and if they don't taper within less than six months (of ending the programme) something might have to give."

What it technically means is that despite new recent swing highs

- and possible climaxing pricespasm higher, produced by the finale throes of the PSPP' sadomasochistically priapistic program -

- where sanguine is, somehow, a slightly less smarmy way of saying hopium-infused headfake -

as the ever-overdue-for-a-correction-2017 EURUSD rally may be about to run out of steam.

... the RSI, MACD, and Stochastics are in Overbought Territory ..

.. and may soon reverse slope downwards and/ or cross-over their own averages (dashed white lines, within sub-panels of pic directly below). 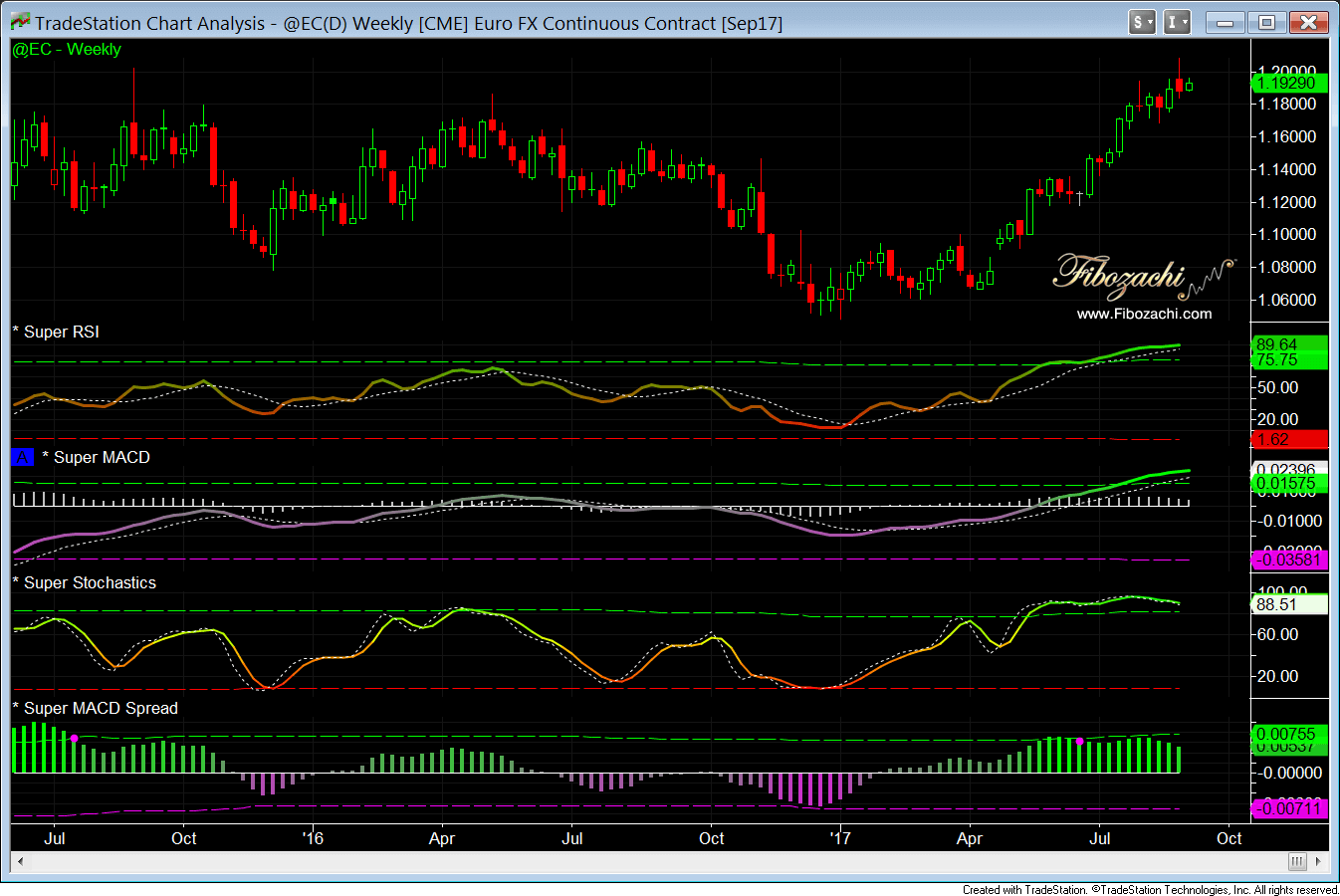 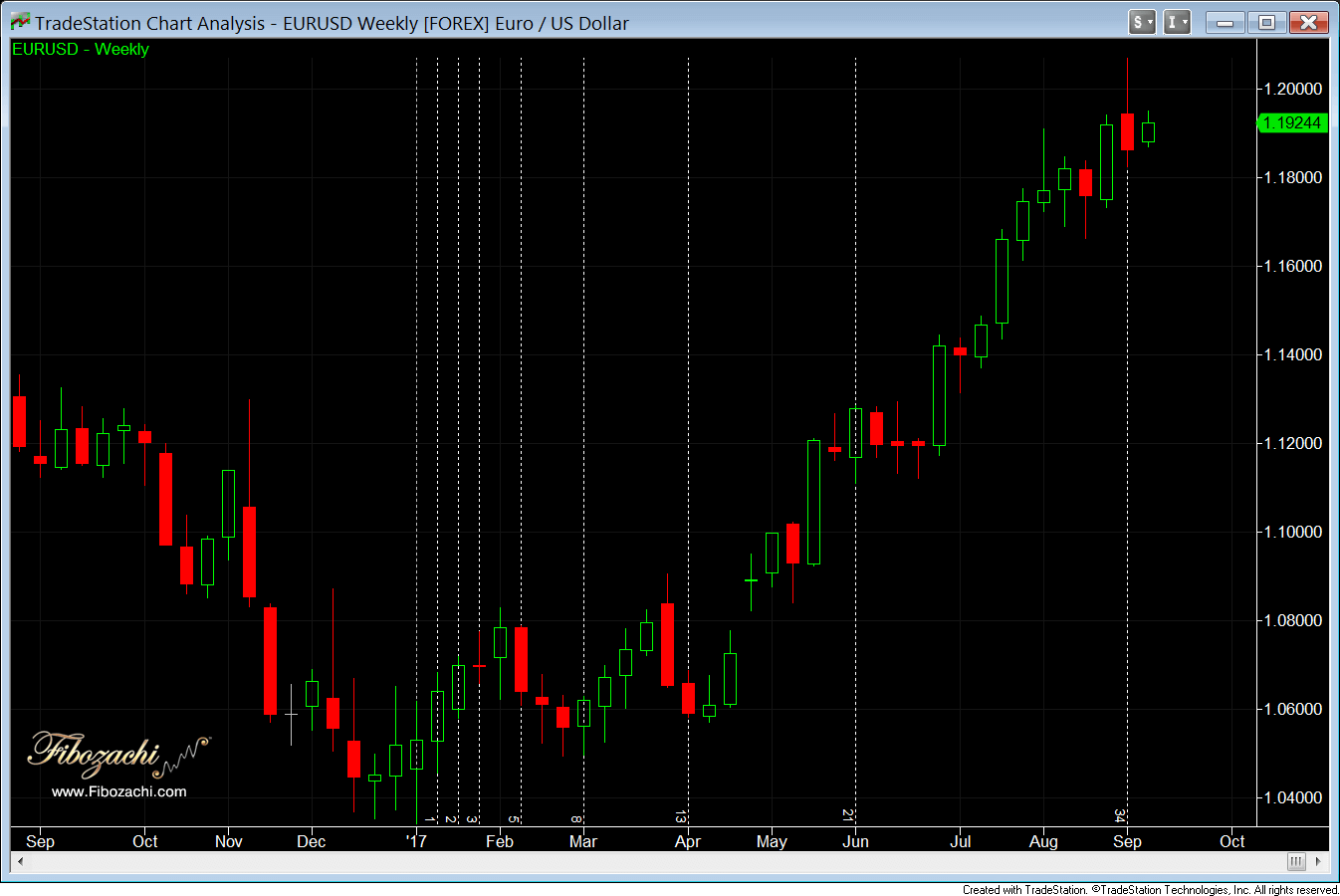 After filling the tiny gap from February 2015, price has hit levels that served as major support in the past ~ 'support' is when price meets from above, 'resistance' is when price approaches from below.

Much like "how to draw a trendline" or "stay woke", the ineptly incorrect application of ever-so-technical terms is irking.

To recap: 'support' when price approaches from above, 'resistance' from below.

And in this case, what was support will likely prove to be resistance. 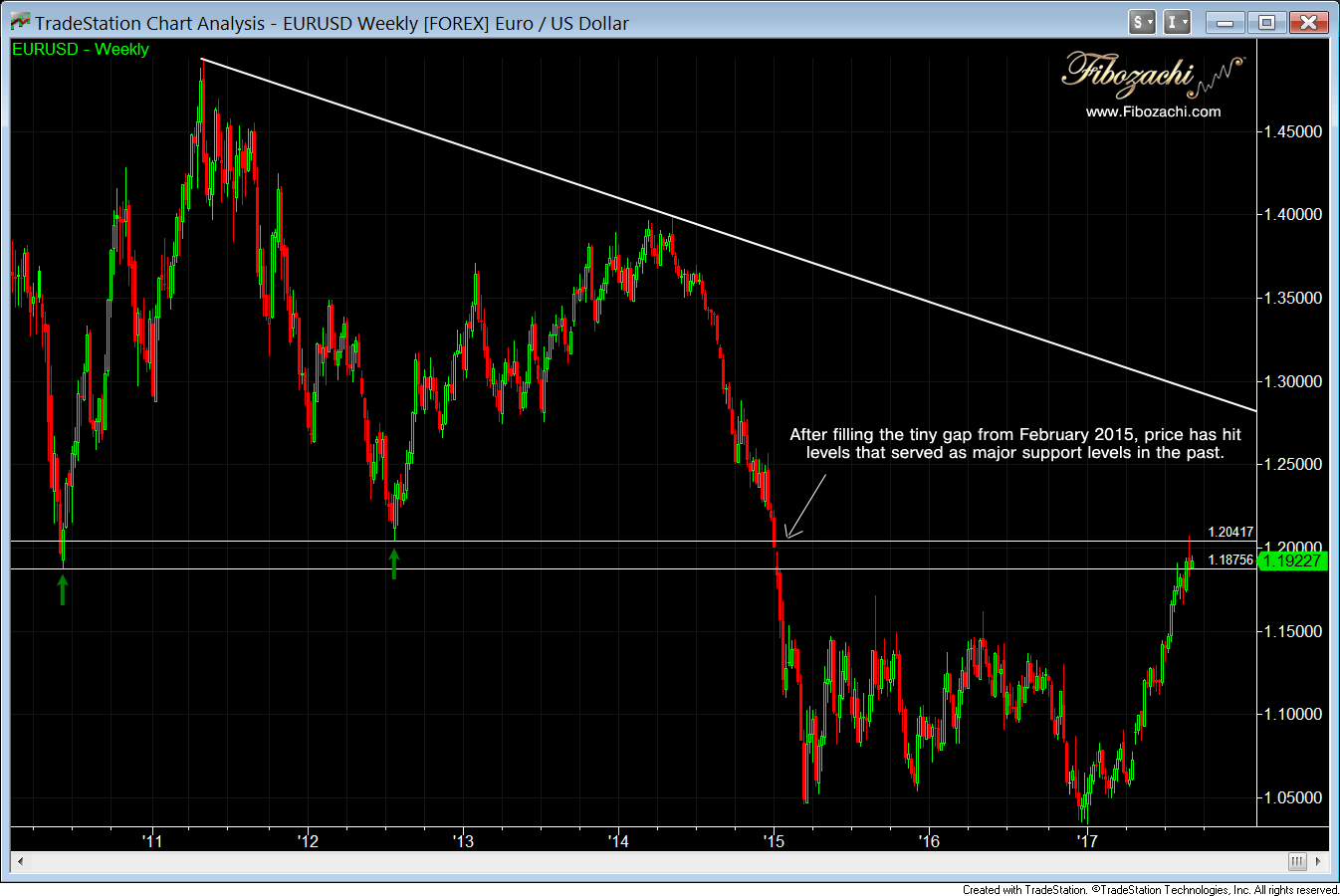 If Euro Futures turn down in the next few coming weeks, the first downside target is the 1.14 – 1.15 area ... which, served as resistance in marking major EURUSD swing highs over the past few years.