NFLX Won't Chill – Where to Next?

NFLX soared today – in what appears to be the start of another leg higher – propelled by the heaviest daily volume it has registered in 3 weeks. While this impulsive price action (building upon an unabashedly bullish technical chart profile) suggests that a new all-time high is likely within NFLX' house of cards -- an initial upside target of 177.50 would fill an open gap left by the 8/8 low.

The selloff that began with 7/21' swing high ran its course on 8/21, when NFLX registered a swing low of 164.23. That inflection point marked the conclusion of a swing high to swing low counter-trend pullback that ran for exactly one calendar month. In practical technical parlance, NFLX was simply taking a breather to digest rapid price gains before embarking upon its next leg higher.

NFLX found support on 8/21 just above the 163.55 level, which also coincided with the yuge gap created by its 7/17 - 7/18 short-sharting earnings release. After filling that gap to within half a percent (0.41% ~ this belt hold confirmed the breakaway), a daily doji candlestick pattern marked the inflection point where buying pressure began to exceed selling pressure.

On 8/28 NFLX plotted a bullish harami daily candlestick pattern – this is noteworthy because haramis best resolve themselves (i.e. 'work better') when they register after periods of sideways price movement.

Though the following session opened with a gap down, NFLX quickly plotted a failed new low (FNL) at 164.73 and rallied into the close – registering a picture-perfect bullish engulfing daily candlestick pattern (picture-perfect because the previous bar that it engulfed was a bullish harami).

These two candlestick patterns paired together – a bullish engulfing pattern that directly follows a bullish harami candle – often serve to significantly boost the accuracy and strength of the original candlestick signal. In this case, the daily bullish harami.

This is precisely what occurred on 8/30, as NFLX rallied into the close – bumping up against the underside of 175 and closing the TD (trading day/ session) by plotting a daily bullish marubozu candlestick pattern. The daily bullish marubozu pattern – whereby an issue opens near its absolute price low and closes near its absolute price high – is indicative of heavy, persistent and sustained buying pressure. 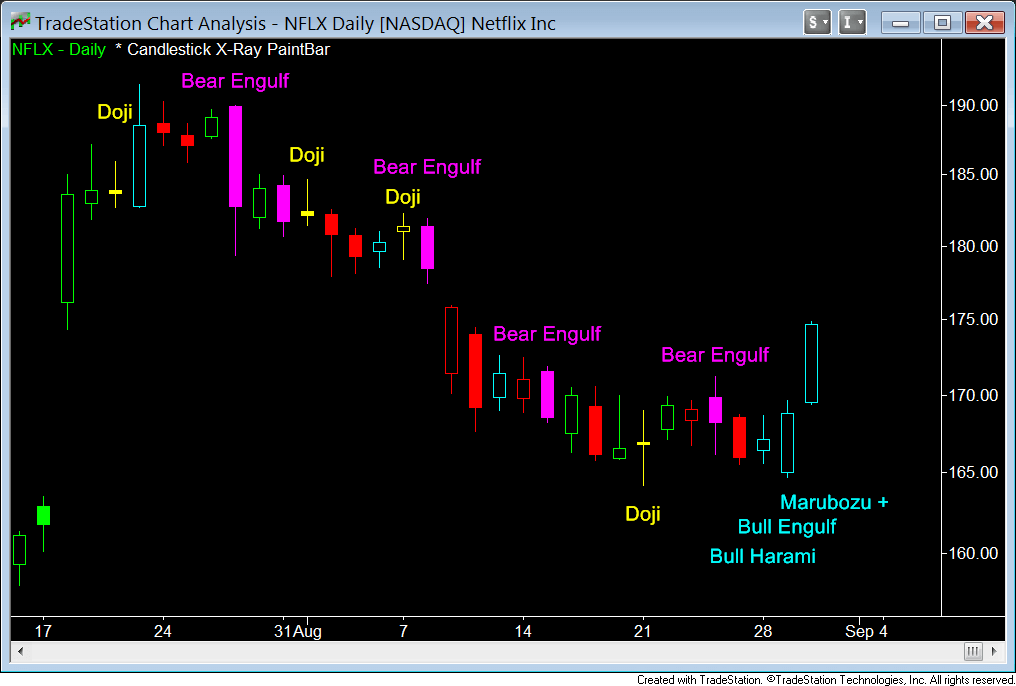 Because someone has to take over the reins of FAANG leadership, as:

... NFLX' turn to grab the baton of FAANG price action and, akin to TSLA, hypomanically death march those short it through a veritable jungle of deleterious PnL and despair. 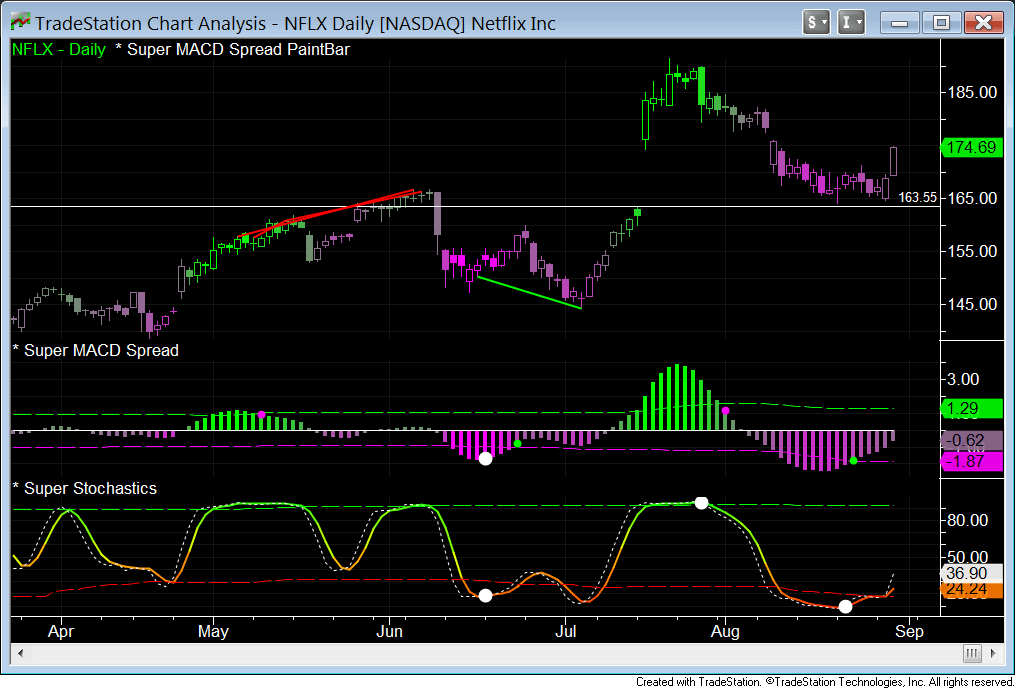