S&P 500 Futures and VIX Suggest a Retest: But in What Direction?

S&P 500 futures continued rallying for the 7th consecutive session, though the 0.25pt daily gain resulted in a textbook doji – a candlestick pattern that will either halt the retest of rally highs at 2,840-2,885, or mark a noteworthy swing high before price falls to test recent swing lows at 2,650 and 2,535. 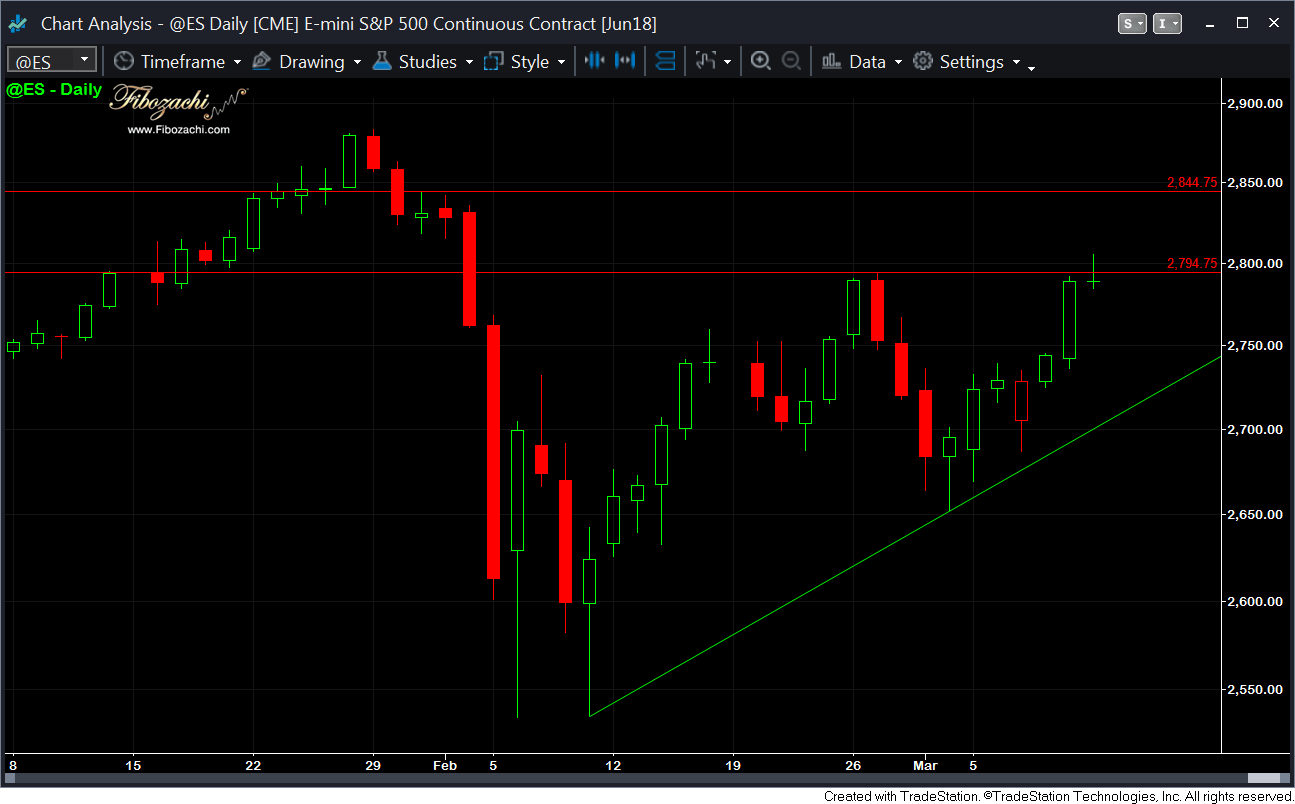 SPX bulls were met with resistance at the 2,800 level and - though it was breached intraday - bears pushed price back under 2,800 at the close. If ES futures change course and show weakness over the next few sessions, expect support to come into play at the upsloping trendline along with key round number levels of 2,750 and 2,700. 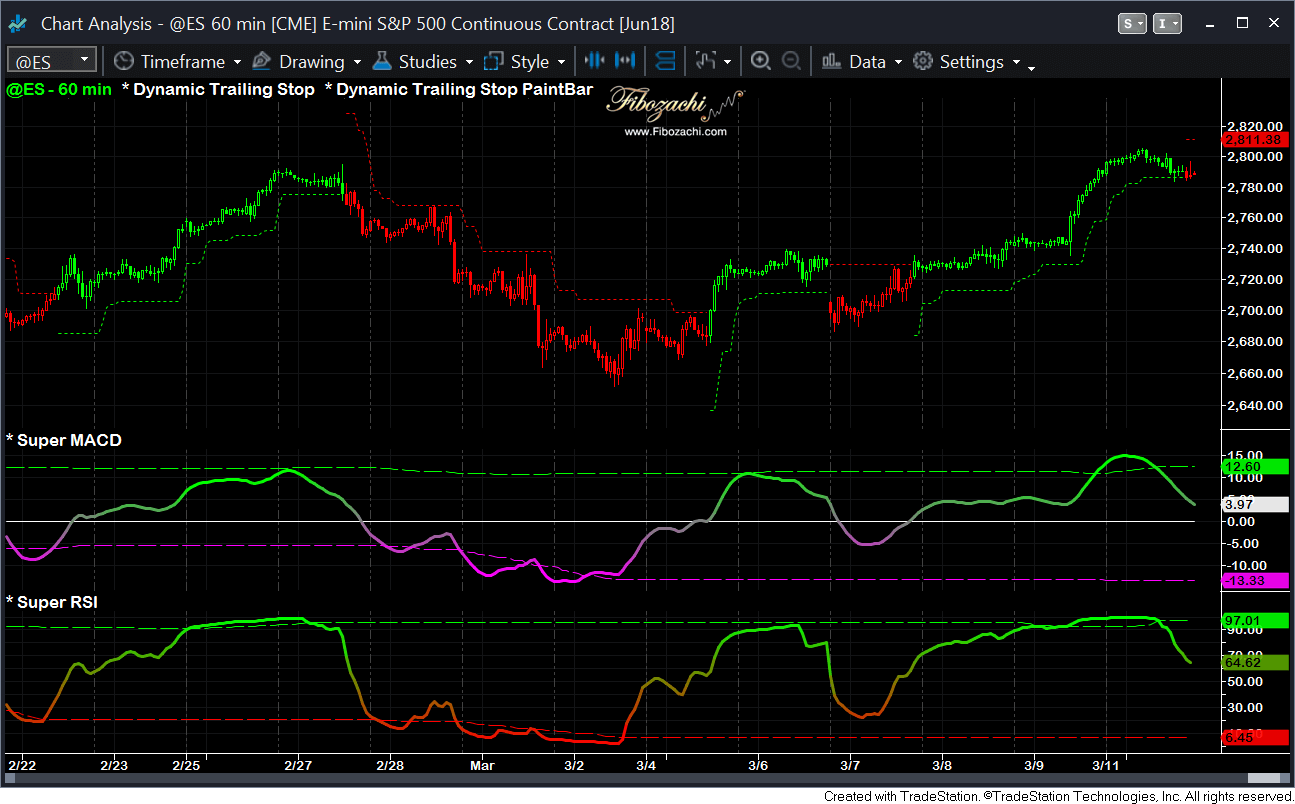 Our Super MACD and Super RSI (modern versions that improve upon classic MACD and RSI indicators) have each exceeded OverBought Levels and are turning back down; suggesting that price will turn south in the days ahead. The last instance where both our Super MACD and Super RSI inflected down from OverBought levels occurred on 2/27/18, just prior to an ES sell-off of more than 150 points.

This would be compelling evidence for bears were it not for the following 30-minute chart... 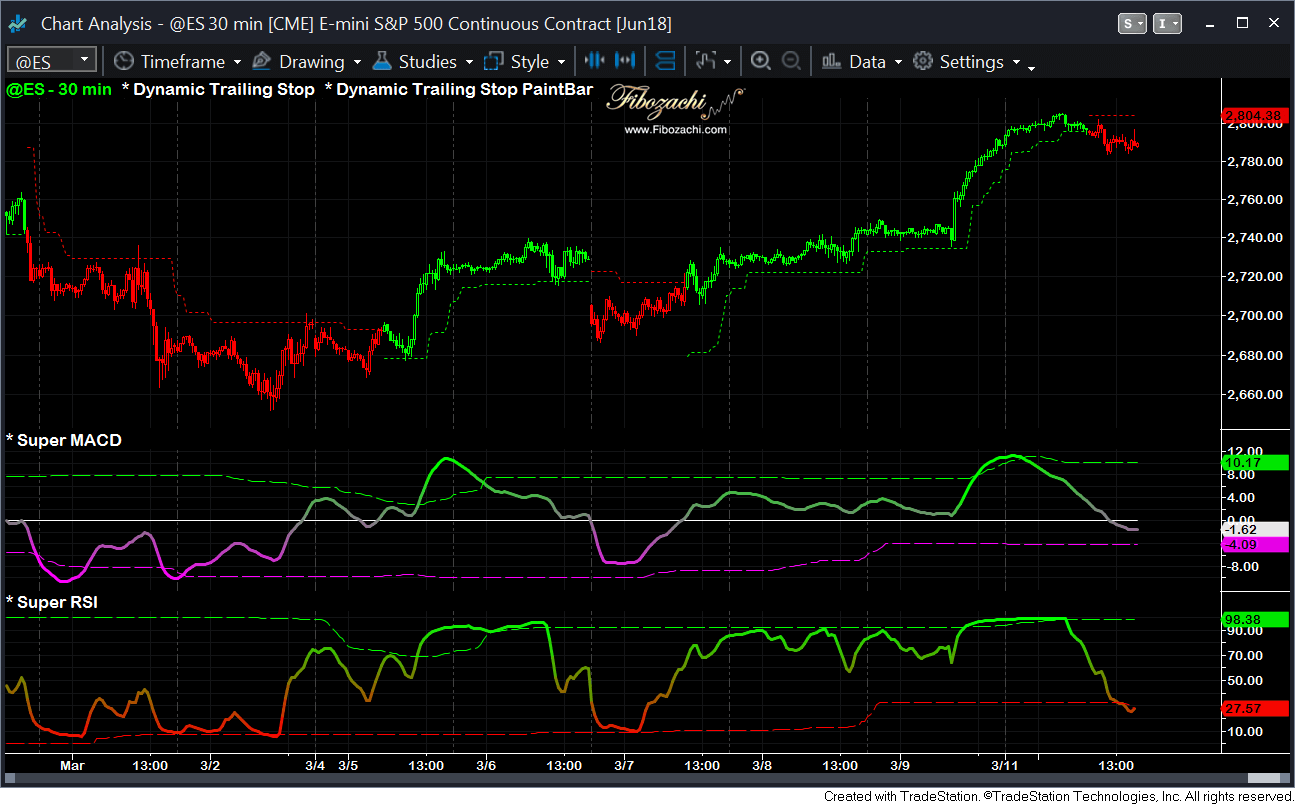 The 30-minute chart of the ES shows a much different picture than the 60-minute: the Super MACD and Super RSI are both close to, or below, their OverSold Levels. Similar setups occurred back on 3/7/18 and 3/2/18; both instances coincided with major swing lows during the current rally.

The fact that the 60-minute and 30-minute have entirely opposite technical profiles means that neither bulls nor bears should feel too comfortable or confident at this juncture. While the daily doji candlestick suggests that the rally may be coming to an end and the 60-minute implies that a short-term top is likely, the 30-minute is showing early signs of bullishness.

So let’s take a look at the VIX to see if it is confirming a top... 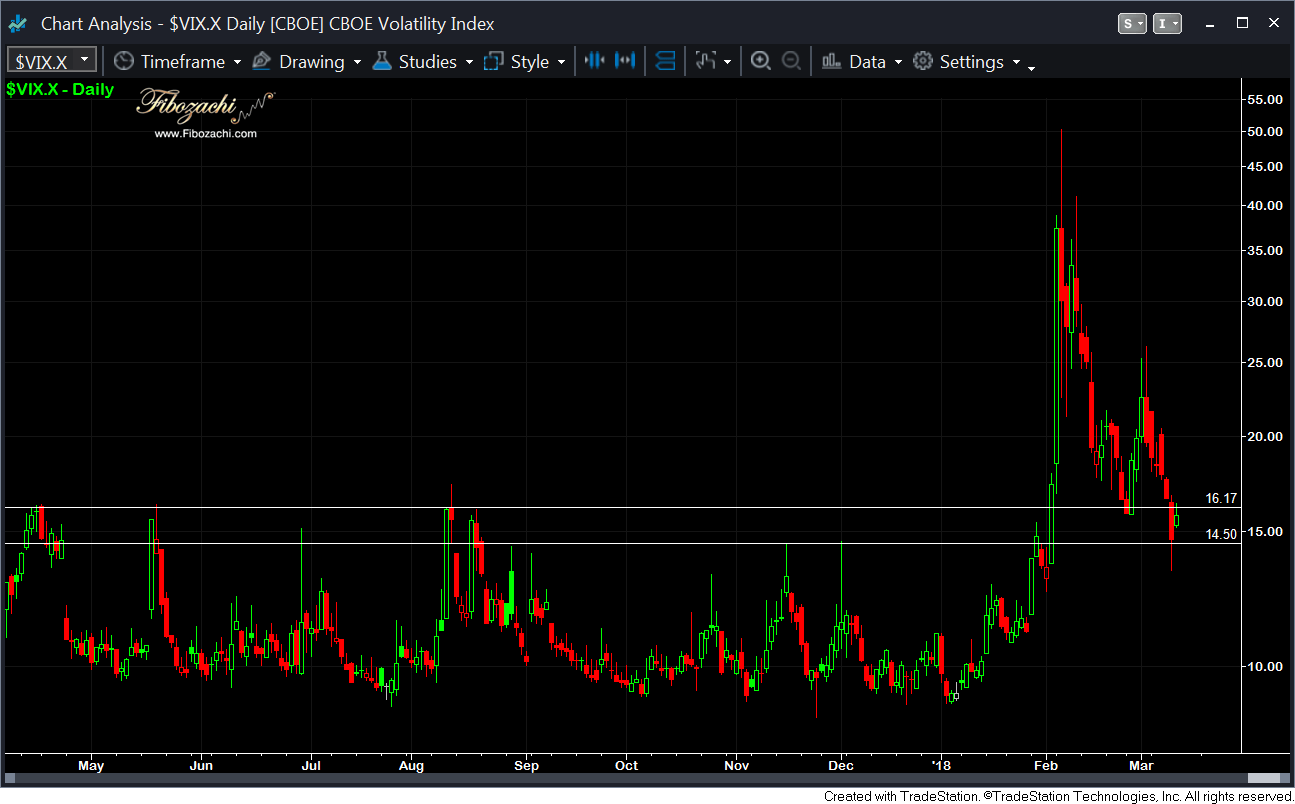 The 3/12 daily VIX candle registered as a bullish harami candlestick pattern. Key support levels for the volatility index are at 14.50 and 16.17; previously key resistance levels that were tested on 8 separate occasions during 2017.  VIX price action has compressed back into a support zone ... so, until the VIX closes below 14.50 (not just intraday), active traders must prepare themselves for a retest back up towards 25.00. 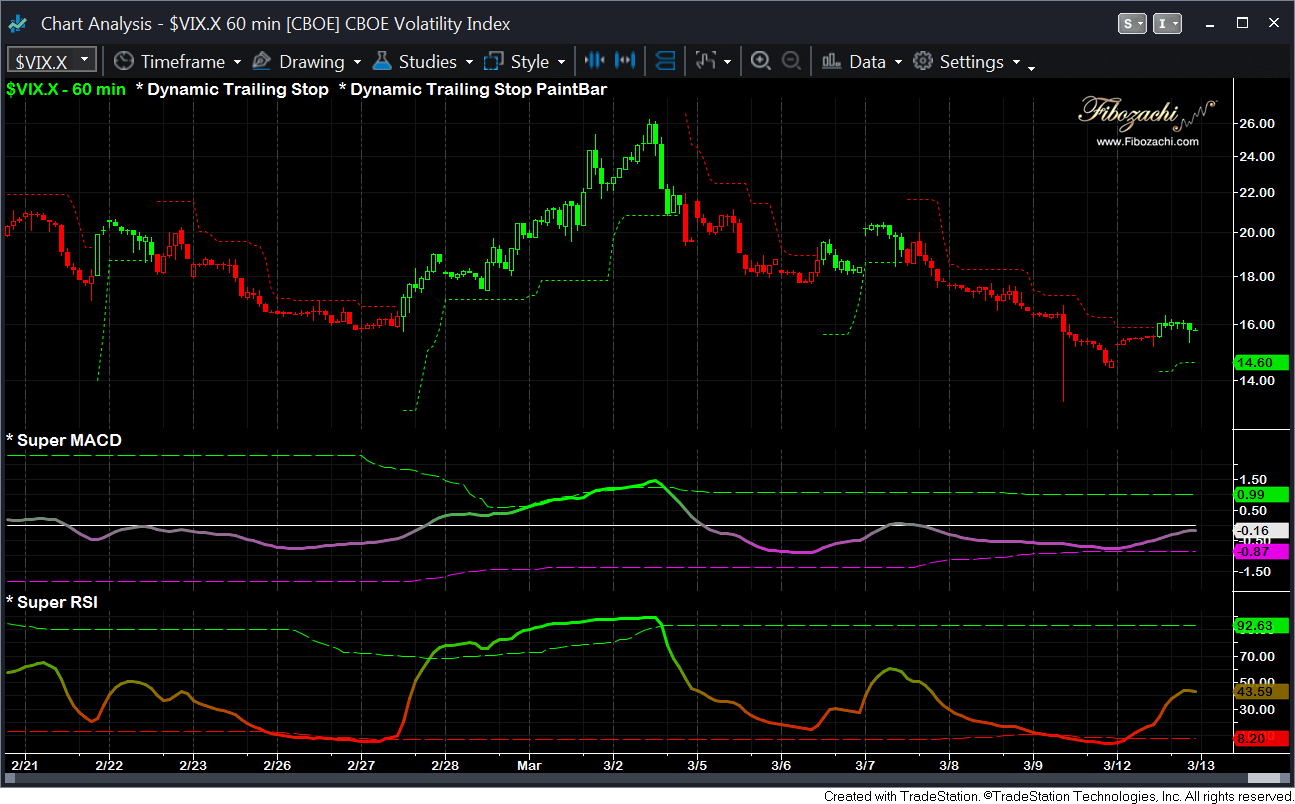 The 60-minute chart of the VIX suggests that an upcoming surge may be likely, as both the Super MACD and Super RSI have each dipped below their respective OverSold Levels (OS) and their slopes have turned back up.

Should the VIX head higher, the Super MACD will provide confirmation once it crosses above both the zeroline and its previous 3/7 swing high. That said, an initial price zone of 18.00 - 20.00 will likely act as strong first resistance if and when the VIX heads higher.